As someone who has spent a lot of time both playing video games and interacting with gamers, I feel pretty qualified to say “Yes, of course they can.” Not all video gaming behavior is bad, but I’ve seen people and families get anywhere from a little to way messed up by too much screen time.

My sense is that as a society we’re still not entirely sure what to think about people who play too much. If it’ll help someone out there who is wondering about this, I’d like to share my story:

My story:
As a teenager, my video game behavior could definitely have been classified as an “addiction,” although I definitely didn’t see it that way at the time. I played the occasional Nintendo game as a kid, then progressed to computer-based strategy games during junior high. In High School however, I started playing a new kind of game called an RPG (“role playing game”) where you control a character who lives in a world of his/her own. In a short period of time, the game completely consumed me. I would play from the minute I got home to the minute I went to bed, and I would often get up later in the night to play again after my parents went to bed. When my parents cracked down, I’d get up really early to play for a few hours before school.

There was no meaningful purpose behind the gaming, but I felt compelled to get to the next level, find the next item or score the next kill. It didn’t help that this was the kind of game that allowed you to interact with other gamers, so I soon felt like all of my friends were in the virtual world too. My parents (bless their hearts) probably didn’t know what to do. Knowing how I was as a teenager, they probably didn’t have a lot of power to stop me anyway. But I do remember them explaining to themselves and to others “Well, there’s worse things he could be doing,” and I think I kinda used that story as a way to justify my behavior to myself as well.

I pretty much continued to play day-in and day-out for 3 or 4 years. The game kept a log of how long you had played for, and I remember it saying near the end that I had logged the equivalent of over 180 continuous days played during that short time period. At the height of my addiction, I actually turned to caffeine pills to keep myself awake during class. That’s crazy to think about now, but that’s where I was at at the time.

How did I finally quit? It’s pretty simple — I got a job. With the new job came a desire to make money and do different things, and I just didn’t have time to play anymore. Also randomly (or perhaps by divine providence), the first person games started making me dizzy/sick after 10-15 minutes of play, so I couldn’t really do those anymore either. But it’s not like I came to some realization — like I said, it wasn’t until much later that I realized I had been addicted, so really it’s just lucky that life got me out or I’d probably still be playing :).

The cost of playing
I try not to think about it, but sometimes I wonder what this addiction ultimately cost me? For sure, I can’t say I had a very good high school experience. I didn’t have a lot of friends. I didn’t do ANYTHING extracurricular. I got good grades, but I suspect that was more about knowing how to beat the system than it was about actually learning anything. I didn’t think about college or scholarships until it was way too late to apply to anywhere prestigious. I didn’t have much social skill (in fact, I think I was in my mid 20s before I really started to care what others were feeling). I wrecked a few high school friendships, but I think I regret even more than that the close relationships that I never developed. I could’ve been much closer to my siblings, my parents, my teachers and my friends. It hasn’t been a total tragedy, but I’d say I probably only reached 50-60% of my total potential coming out of high school and it has taken me years to recover. That’s an incredible price to pay for an experience that gave me so little in return.

Conclusion
I hear people say they are just playing video games to “blow off stress” or “relax” and I get that. I think the shorter, offline games are better. At work, we play a quick game of soccer on the xbox at lunch time to bond as a team and to get our minds off work for a bit. I still enjoy playing the occasional strategy game with my brother too, but I’ve noticed something different about my gamer behavior now — I play to spend time with people I care about, not to avoid them. I also feel like I’ve developed enough self control to say confidently “It’s just a game” and turn it off whenever I need to. Perhaps most importantly though, I’ve got enough other stuff going on for me in my life (my wife, my kids, my business, my ministry) — stuff that honestly just blows any video game out of the water — that I don’t feel nearly the desire to play that I once did.

I can’t tell you whether or not you (or someone you love) is addicted or simply playing too many video games. But it’s scary stuff and unfortunately it seems like the kind of problem they just have to realize and get out of on their own. For me, having to face the realities of life did the trick. It wasn’t painful at the time, but I can tell you that it’s painful now. Be careful out there!! 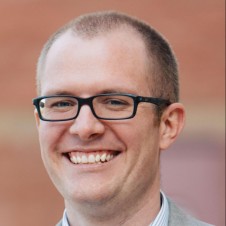 Dallin a member of The Church of Jesus Christ of Latter-day Saints who lives in Mesa, Arizona with his wife and four young children. As a young man, Dallin served a mission for the church in Mexico and has since held many different positions within his local congregation including working with children, cub scouts and missionary work. In his professional life, he's an entrepreneur -- founder of an up-and-coming web development agency. In his free time, he enjoys reading, traveling and building remote-controlled aircraft. Read more on Mormon.org.